To escape the hustle and bustle of the big city we headed to the small town of Zipaquira to take a tour of the famous salt cathedral.  Just getting there was part of the adventure and excitement.  Being in a big city of over eight million, travelling from one side of the city to the other was a big enough challenge.  We first had to figure out which of the seemingly hundreds of busses we needed.  Then, we had to travel across town in a small city bus, driven like an Indy car, to the larger bus terminal.  After all that, is was a nice one hour ride to… you guessed it… another small colonial town (Zipaquira).

Zipaquira fits the mold nicely for colonial town: attractive buildings, a nice town square, huge church, and friendly people.  This time, however, we were not searching for the allure of a Colombian colonial town, we were looking for the tunnels and sculptures of a church built inside of a salt mine.

The salt mines were very impressive, and we had to walk about one kilometer underground to reach the famous cathedral.  Along the path to the cathedral, the old mine caverns had been turned into the stations of the cross.  The cathedral and stations of cross were originally designed by the miners, but have now become a tourist attraction.

The original chapel created by the miners has been destroyed due to poor mining techniques and water ingress.  Makes you kind of wonder about the rest of the mine’s integrity, but we threw caution to the wind and continued on. 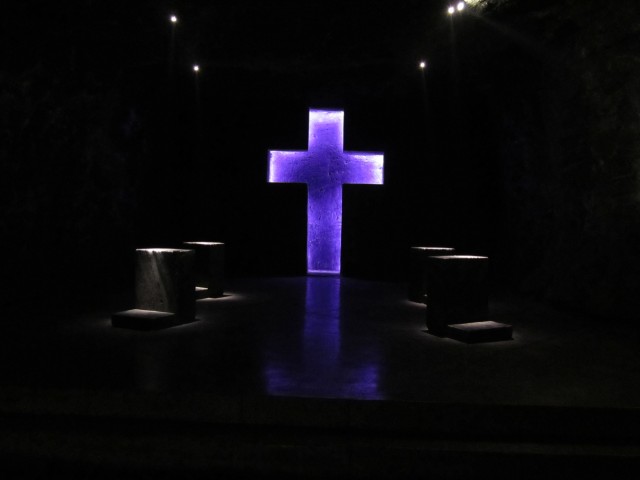 One of the stations

Another Station (the lighting really has an impact)

Once you arrive at the bottom of the mine you are treated to the main attraction…  the cathedral.  It is said to be able to hold 1,500 people and at nearly 200 meters underground, it is a truly amazing site.  They claim they cross in the cathedral is largest underground cross in the world.  From a distance, it appears to be a large stone cross, but on closer inspection, it is an optical illusion, and is actually dug into the wall.  The whole area was lit up with beautiful and vibrant colors. 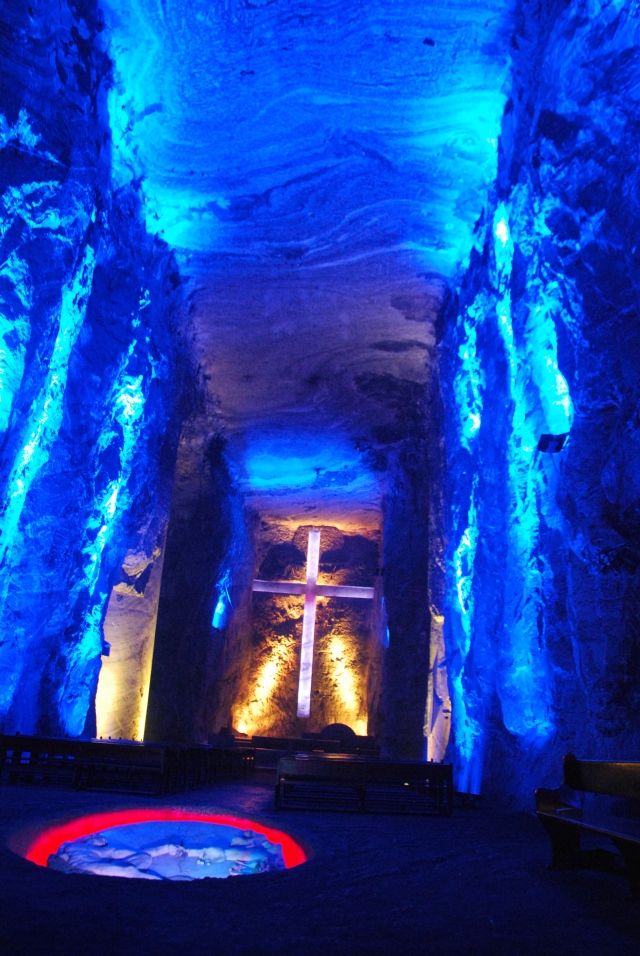 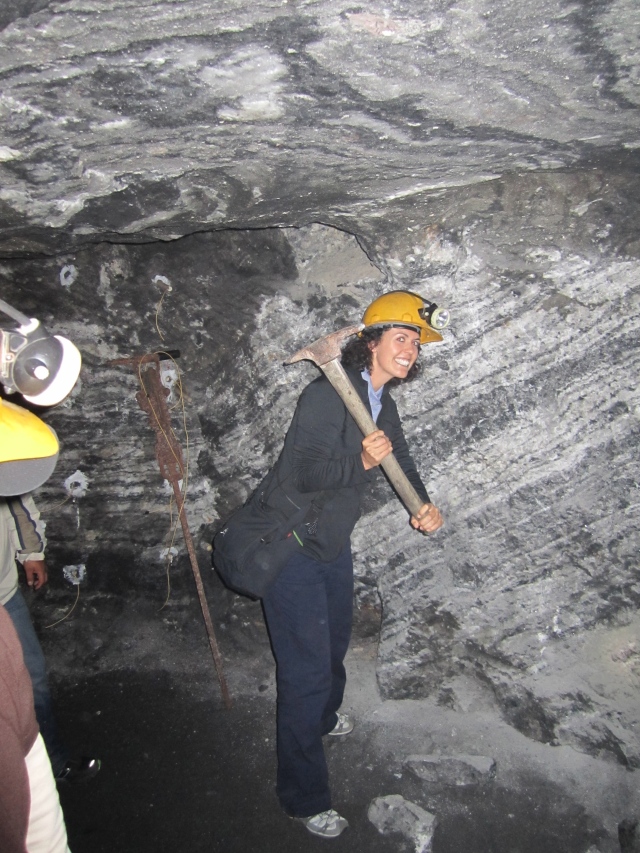 Kristen paying for the tour

This trip was not nearly as breathtaking as the caving trip in Vaca caves, but it turned out to be educational (and a chance to practice our Spanish comprehension).  After exiting the cave, we took a quick tour to learn how salt is extracted from the rock, and then we headed back to Bogota.

We took the same one hour ride back into Bogota and then we discovered Bogota’s amazing public transportation.  Similar to the subway, this bus system ran above ground and only had designated stops and ran in its own designated lane.  Turned out not to be as exciting as the Indy bus driver, but was more comfortable and quicker.

Guatape (and countryside) here we come…

11 Responses to Exploring the Salt Cathedral