Colombia: The only risk is wanting to stay

As we continued to make our way South towards Ecuador, the city of Popayan seemed to be a logical stopping point before crossing the border.

Popayan is known as the “white city” because most of the buildings here are painted solid white. (Quite a contrast when compared with Guatape.) We arrived in town after driving through a furious storm with insane lightning. Our hostel, ParkLife, had a great location right in the main square.

Popayan's Main Square (our hostel is on the far left)

ParkLife‘s location was unbeatable. In addition to being in the square, it was literally right next to a huge church. In the kitchen, you could look up and see the dome, which was especially breath-taking at night.  Through the shared window, you could sometimes hear singing from mass in the morning.

View from the kitchen

We decided to spend only two nights in Popayan because we eventually needed to get out of Colombia and see the rest of South America. During our only full day in Popayan, we took a bus 45 minutes out of town to a natural hot springs area. We arrived in the morning, and for the first few hours, we had the whole place to ourselves.

The water was a warm and pleasant temperature in the few pools we tried. It was a nice sunny day, and in hindsight, we probably should have put a little more sunscreen on.

Enjoying one of the pools (and getting a little too much sun!)

They also had a section of “medicinal” tubs. It was basically a warm and muddy hole in the ground. It was a bit weird to sit in the squishy (and sometimes scalding) mud, so we only hung out there for a little bit. Hopefully we reaped some of the benefits, whatever they may be. 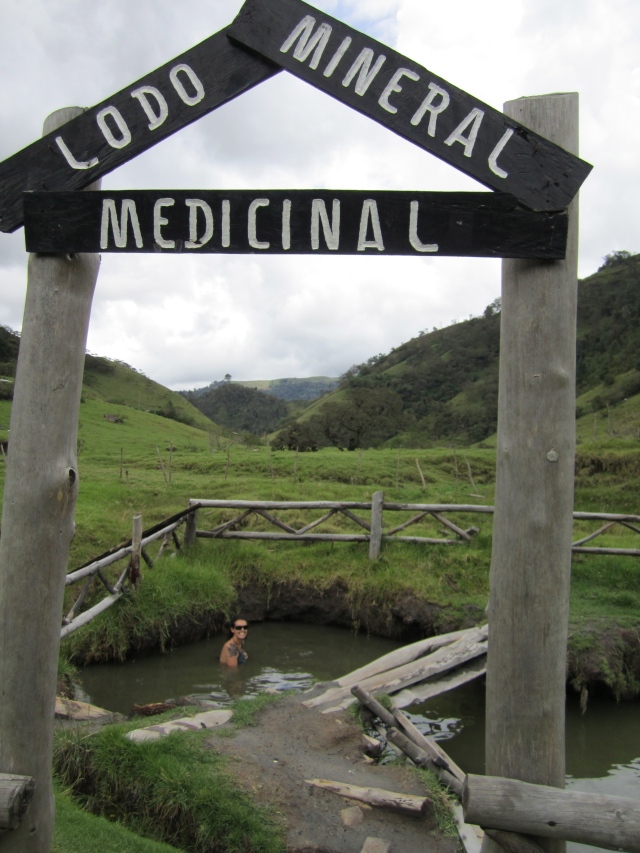 The springs were set in a valley, and the views were gorgeous in every direction. 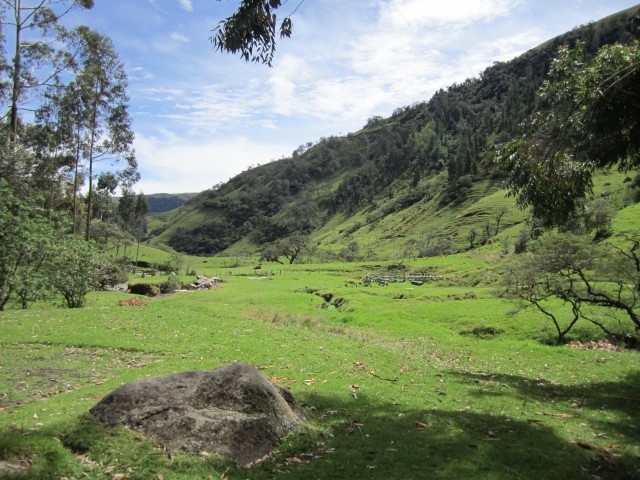 When we saw the concrete water slide, we knew we just had to give it a try. It was surprisingly speedy and smooth for being made out of concrete. We attempted to slow ourselves down with our hands so we wouldn’t get too out-of-control. Even though it was a bit scary, we each went down it a few times.

Joe slip, sliding away on the bottom half

Of course, we were put to shame by a 7-year-old girl who flew down the slide over and over without a care in the world.

After returning from the springs, we headed up to the town’s lookout for some views of the city. The weather was not cooperating, so we only made it halfway up.  We joined the other onlookers, had a beer, and watched as much of the sunset as we could before the rain chased us away. 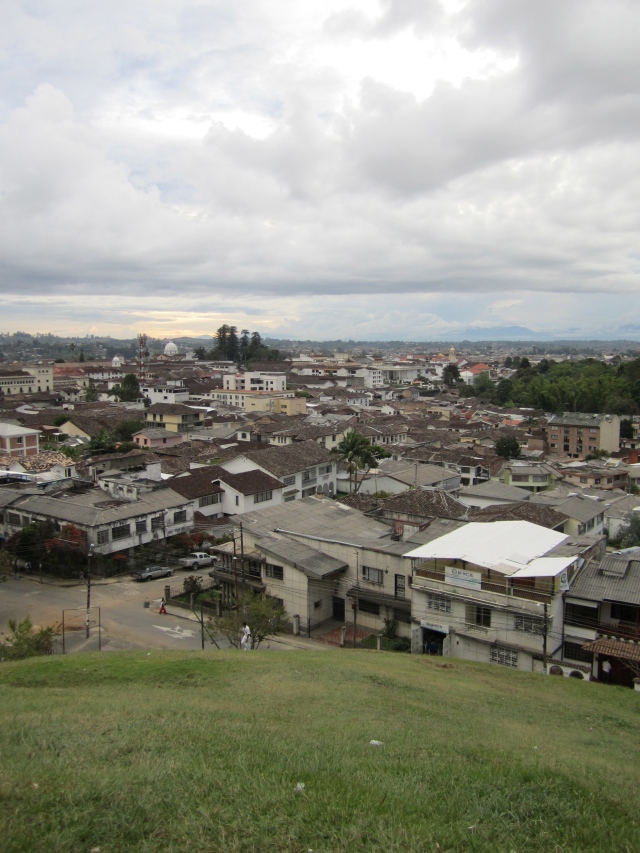 We enjoyed our time at Popayan, but Ecuador was calling our names.

On the morning we left Popayan, we got an early start for the 16 hour trip to Otavalo, Ecuador.  The bus ride, although tiring, was very beautiful as we climbed mountain passes and enjoyed expansive views.  We said a few prayers as our bus flew around blind corners with a 1,000 foot drop off and only a small curb to protect us. 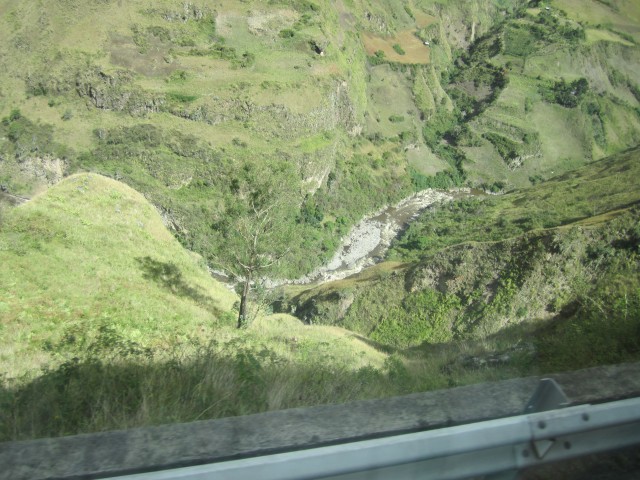 Guess you can say we added one more adventure before leaving Colombia. 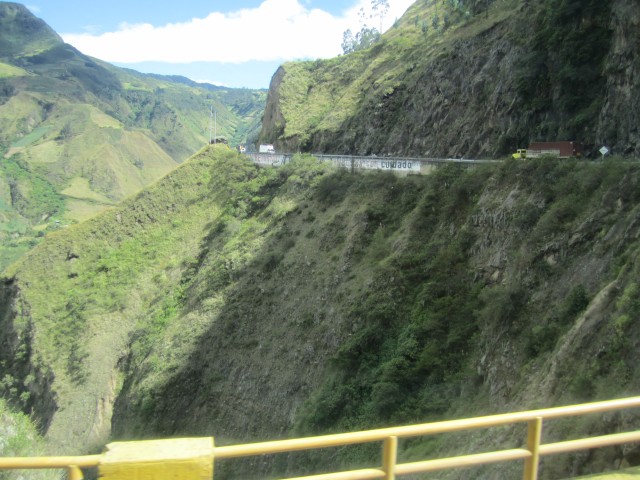 Not for the weak stomach

After the hairpin turns, we made it safety to the town of Ipiales, were we would leave Colombia and go to Tulcan, Ecuador.  The border crossing, although easy, took longer than expected to get all the required stamps. It was an intense day of traveling, but we arrived safe and sound in Otavalo in that evening.

Unfortunately, our time in Colombia had to wind down sometime. We originally thought Colombia would be a 3 week stop, but we managed to stay for almost 6 weeks, and we could have easily stayed longer.  It truly is a beautiful, amazing, and friendly country, with so much to offer.  It met and easily surpassed every expectation.

We now are in complete agreement with the country’s travel motto:

Colombia: The only risk is wanting to stay.

On to Otavalo and much-needed Spanish classes!

4 Responses to Colombia: The only risk is wanting to stay